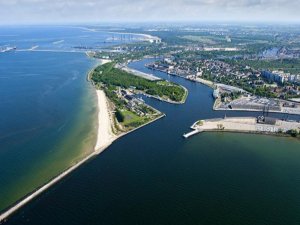 Poland’s Port of Gdansk handled around 32.3 million tons of cargo in 2014, according to the preliminary results, which is 7 percent more compared to the Baltic port’s previous record high throughput of 30.3 million tons in 2013.

In 2014 the port managed for the first time to exceed the volume of 1.2 million TEU, thus improving the last year’s record container throughput by around 3 percent.

The size of ships handled by the Port of Gdansk throughout the last 8 years has expanded by almost 70 percent, with the year 2014 bringing record high results also in this regard, as indicated by the vessel traffic figures.