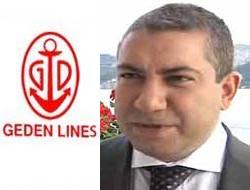 Turkey?s Geden Lines is relentlessly pursuing an order and resale policy that it launched six years ago.

Turkey"s Geden Lines is relentlessly pursuing an order and resale policy that it launched six years ago.

Board member Tugrul Tokgoz revealed that the company has just sold one of its capesize bulk carrier newbuildings that will be delivered at the end of next year to German interests, believed to be Konig & Cie.

In addition the order-hungry company is in talks with a Far East shipyard to book a caper with delivery end 2008 and with an unspecified Korean yard where it hopes to book handymax and panamax tankers for late 2009 and early 2010 deliveries.

Speaking with TradeWinds during the first Turkish Shipping Summit in Istanbul, organized jointly by TradeWinds and Seatrade, Tokgoz, referred to during the Summit as ?Mr Asset Play?, said that since 2000 when Geden launched its newbuilding programme, the company has booked between 115 and 120 ships. It has resold 60 to 65 vessels, bringing in substantial profits.

Already by April this year it was estimated that the company had netted some $450m on its resale deals.

This news is a total 4892 time has been read