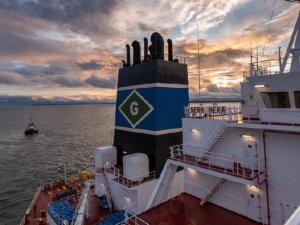 The New York-based Gener8 Maritime Inc. (GNRT) reported a loss of $45.4 million for the fourth-quarter ended December 31, 2017, after reporting a profit of $5.8 million in the same period a year earlier.

The crude oil transportation services provider reported a loss of $168.5 million for the year ended December 31, 2017.

Gener8 Maritime has increased full fleet "ECO" operating days to 65.1% in the three months ended December 31, 2017, compared to 43.4% in the same period in the prior year.

It has also entered into an Agreement and Plan or Merger with Euronav NV and Euronav MI Inc., a wholly-owned subsidiary of Euronav NV.