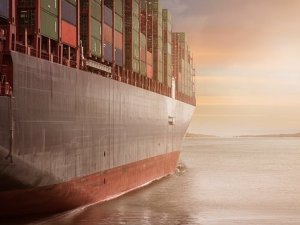 Owner of the Post Panamax containership Northern Jupiter which suffered a fire in its main engine earlier this month has declared general average on its vessel, Ocean Network Express (ONE) said in an advisory.

General Average is a principal in maritime law under which all parties with a financial interest in the voyage proportionally share the losses resulting from an incident.

It allows the costs to preserve a vessel and its cargo, and it also means that prior to cargo being released, all cargo interests will be required to contribute to the General Average fund.

The ship experienced a main engine fire while it was sailing from Singapore to Port Klang on January 4, 2020. The fire was extinguished, however, the main engine of the vessel suffered damage.

The vessel was anchored in the vicinity of the Malacca Straits for a few days, before it was towed to a Singapore anchorage on January 14, where it remains awaiting detailed inspection to assess the extent of damage and further plan.

The owners have appointed Stichling Hahn Hilbrich (Hamburg & London) as Average Adjusters. They will be arranging for the collection of General Average securities from parties concerned in cargo, containers and bunkers.

“The Average Adjusters are preparing the necessary instructions to the parties concerned in cargo as well as Average Bond and Average Guarantee forms which are to be completed and signed by cargo interests. We are informed that this information will be distributed shortly and can be downloaded from their website.

“It is highly recommended that you inform your cargo insurers of this development, as soon as possible,” the advisory reads.