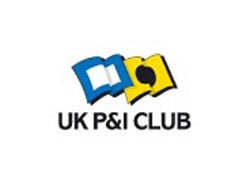 The UK Club has achieved a renewal just one per cent short of its general premium increase of 12.5 per cent for the 2009 policy year.

The UK Club has achieved a renewal just one per cent short of its general premium increase of 12.5 per cent for the 2009 policy year.

The UK Club has achieved a renewal just one per cent short of its general premium increase of 12.5 per cent for the 2009 policy year. Its Members renewed their expiring cover with the Club at 11.5 per cent higher premium overall compared to 2008, before any changes in the terms of the insurance cover were taken into consideration. The Club"s total mutual owned tonnage now stands at 104 million tons. This represents a reduction of just over seven per cent on the 112 million tons entered in the 2008 policy year. Approximately three-quarters of the tonnage which moved was from five Members, of whom only three left the Club completely.

Ninety-five per cent of the existing Member fleets renewed their entries with the UK Club. Less than four per cent of those renewing chose to move a part of their entered fleets to other P&I providers.

The depth of support was evident in the Club"s two strongest markets, Greece and Japan. Although totalling 40 per cent of the membership, only 18 ships out of 1,300 from these regions did not renew.

Support was particularly strong across the Asia-Pacific region where the UK Club"s regional office network is well established. Overall, there was a small increase in tonnage entered from this region. New tonnage also came from China, Germany, Saudi Arabia and the United States.

The volume of chartered entries in the UK Club experienced a smaller reduction of approximately five and a half per cent. Before allowing for changes in terms of cover, renewing Members" premium achieved the general increase requirement for fixed premium entries of seven and a half per cent.

The UK Club"s chartered entries of around 60 million tons at the end of the 2008 policy year contributed to a total entered fleet of over 170 million tons.

Hugo Wynn-Williams, Chief Executive of Club managers Thomas Miller P&I Ltd, said: ?As the largest club to announce a supplementary premium before renewal, the UK Club has been very much in the headlines. It was inevitable that its rivals would make a competitive challenge for some of the Club"s prestigious membership.

?We are grateful for the loyalty and support our Members have shown the Club at this difficult time. The increase in renewing premium achieved is an important element in the Club"s long term financial strategy of correctly pricing risk and preserving capital.?

The UK Club will release its year end financial results in May.

This news is a total 692 time has been read