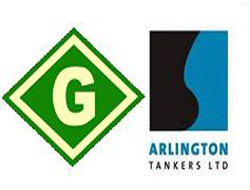 General Maritime has completed the acquisition of Arlington Tankers in a move that expands the group?s tanker exposure to every asset class.

General Maritime has completed the acquisition of Arlington Tankers.

General Maritime has completed the acquisition of Arlington Tankers in a move that expands the group"s tanker exposure to every asset class.

Shareholders of both companies voted in favour of the merger. The combined company will retain the name General Maritime and is listed on the New York Stock Exchange as GMR.

It is headed by General Maritime"s Peter Georgiopoulos, who remains chairman.

The two firms first disclosed their merger plans in August with a view to creating a tanker empire controlling a fleet of 31 vessels, aggregating about 4m dwt.

In the face of another hefty oil production cut by Organization of the Petroleum Exporting Countries, he said Arlington"s full contract coverage ?should provide General Maritime with visibility heading into 2009?.

Dahlman Rose also said that lenders had signed off on the merger and General Maritime"s $900m credit facility had been amended to take into account the new structure. Arlington"s $229.5m credit facility, which is fully drawn, will be absorbed by the new entity. This loan does not amortise, and is repayable in January 2011.

This news is a total 1005 time has been read