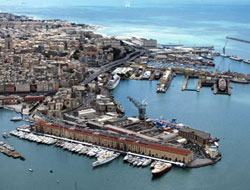 The operators of Genoa"s two largest box terminals were engaged in damage limitation last week after six leading container lines denounced a proposed share swap between the two in an open letter.

?We were surprised and saddened by their action,? said Gigi Negri, who, as operator of the Sech terminal, was a motivating force behind the 40% share swap with the operator of the Voltri terminal.

Among the signatories to the letter, which argued that the deal would createa monopoly in the port, was Gianluigi Aponte of MSC, a prospective partnerfor Mr Negri in a new terminal due to be built next to the Sech facility at Calata Bettolo.

Mr Negri said: ?We have always made clear that this was a financial deal between holding companies ? Mr Negri"s GIP and Singapore-based PSA, which operates Voltri Terminal Europa through its Sinport subsidiary ? and did not involve the management or board members of the terminal operations.?

It was also made clear to the authority that the deal did not violate port law, which prohibits one operator running two terminals in the same facility. Application for clearance from Italy"s anti-trust authorities is now under study in Rome.

As Mr Negri sought to contact and reassure the lines involved ? CMA-CGM, Cosco, K Line, Zim, Evergreen and MSC ? port authority president Luigi Merlo was preparing to give his own analysis of the situation at a committee meeting next Friday.

Mr Merlo said the situation reaffirmed the need for clear regulation in the ports. He also said that infrastructure minister Altero Matteoli had assured him recently that a new port law would be unveiled before year"s end that would designate five ports of national interest, among them Genoa.

A little clarity would certainly not go amiss at Italy"s largest port. The latest controversy adds yet more complexity to an already tangled situation at Voltri, where VTE operates five modules. A consortium comprising VTE, Trenitalia and Cosco, one of the signatories to the letter, is awaiting clearance to take over the sixth.

Due to structural problems with the original tender, Mr Merlo is now considering whether to confirm the award of the operating concession for the sixth module or order a new tender.

Quite apart from any issues of monopoly or restraint of trade, Cosco and Trenitalia are understood to be concerned at the implications of the Sech/VTE tie-up for their prospective investment in the sixth module.

This news is a total 864 time has been read