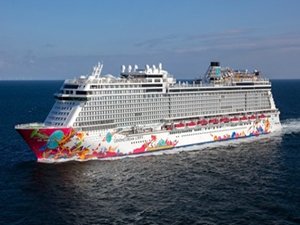 A week after announcing that it was suspending payments to its financial creditors to preserve liquidity while it seeks to refinance, Genting Hong Kong announced a larger anticipated loss but also provided more details on its situation.

The company also pointed to several positive elements as it works to manage the financial challenges brought on by the suspension of cruising due to COVID-19 and its large debt.

While reporting a nearly 70 percent decline in revenues for the first half of 2020 due to the cruising suspension and an eight-fold increase in its operating loss, Genting also sought to provide assurances that it was managing its situation. The total loss for the period, which included large non-cash charges due to a previous refinancing of its cruise ship the Genting Dream, exceeded guidance at a loss of over $742 million. It increased more than thirteen times the total loss the company reported for the first half of 2019.

Genting Hong Kong, which owns cruise lines, a German shipyard, and a few other assets, outlined its challenges as its capital commitments which stand at $1.3 billion mostly due to new cruise ships construction and total loans and borrowings of nearly $3.3 billion. As of the end of June, the company reported it had just under $400 million in cash. However, the company said its directors based on the plans underway believed there was a reasonable prospect that the group will have sufficient working capital and cash flows to meet its financial obligations in the next 12 months.

Several short and longer-term efforts have also been taken to improve the company’s financial position. Construction of the company’s second 200,000 gross ton passenger ship, which had begun in Germany, is being deferred with no new timetable. Plans for a second expedition cruise ship for its Crystal Cruises brand have been suspended. They are deferring contracts for the large ship and canceling material contracts on the expedition cruise ship. This is in addition to an unspecified rescheduling of the construction of the first large cruise ship and the first expedition ship, which both were well underway in Germany. The expedition ship had been expected to enter service this summer.

While the company says it is laying up the majority of its cruise ships, they also say that they believe cruise operations will resume in January 2021. One of their cruise ships, the Explorer Dream, has been sailing domestic cruises in Taiwan. They report that the ship started operations at 50 percent of controlled capacity rising to 96 of capacity on the cruise sailing August 23 to 26. Genting also says that it “was informed by the Hainan Commercial Bureau (China) that Dream Cruises is welcomed to commence domestic cruise operation from Sanya. The group is also in the process of negotiation with other regional governments to start domestic cruises.”

With operations at the shipyard in Germany suspended since March, Genting reports a $36 million EBITDA loss at the yard in the first half of 2020. They are currently applying for long-term funding from the Germany government’s Economic Stabilization Fund to provide working capital for the shipyard. They anticipate that the shipyard will resume work in October 2020.

While providing a more balanced look at its financial issues, Genting Hong Kong also held its first meeting with the newly formed creditors committee. The company said that it expects a net loss for the full year and noted that there is no certainty that the current financing efforts can be completed.

This news is a total 6854 time has been read
Tags: Genting HK Details Financial Challenges, Cruises and Shipbuilding