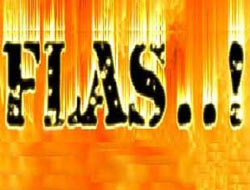 GEORGIA'S coast guard has reportedly detained a vessel suspected of smuggling a cargo of coal to Turkey. This would appear to be the 1966 built 1948 GRT cargo ship Jezabel 2, owned by Istanbul based company Uskur Shipping Co.

Employees of the Coast Guard at the Border Police of Georgia detained a ship ?JEZABEL 2?, sailing under the flag of Cambodia.

Prime-News was told at the Border Police that the operation lasted 62 hours in the special economic zone of the Russian Federation, 145 miles off the Poti Port.

The radar system of Georgian Coast Guard detected that the ship had sailed in the Ochamchire Port where it was loaded with smuggled goods (1800 tones of coal). Leading towards Sochi, "JEZABEL 2" turned and went to the direction of Turkey. 1 vessel and 3 patrol boats of the Georgian Coast Guard were applied in the operation. At present the ship is taken to the Poti Port.

Criminal Case was launched on the fact of illegal crossing of State Border, shipment of smuggled goods and violation of the navigation rules.

It is a second ship detained on the same charges by the Coast Guard of the MIA Border Police of Georgia this year.

This news is a total 1225 time has been read