Georgian Sailors Freed After Piracy Incident in Gulf of Guinea 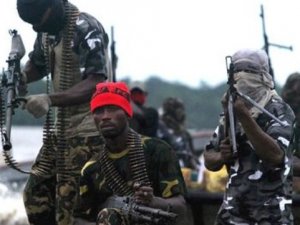 Nine Georgian sailors are reportedly on their way home after having been kidnapped by pirates in the waters off Nigeria. This is just one of the growing number of piracy incidents in the Gulf of Guinea.

According to reports from the Georgian Maritime Transport Agency, 10 sailors were taken on April 30, 2020, from a Panamanian-flagged tanker in the region near Nigeria. This included the nine Georgians and an unspecified tenth sailor kidnapped from the vessel. According to the reports, additional crew members, including four other Georgians, remained safely on the tanker, the Vemahope.

While not specifying the terms of their release, the Georgians highlighted that the sailors had been freed in just 21 days and were in good condition receiving routine medical treatment in Nigeria. Arrangements were being made for a special flight to return the sailors to Georgia.

This is just the latest incident the Georgians are reporting for their sailors in the Gulf of Guinea. In March, four sailors who had been kidnapped by pirates from a Libyan-flagged tanker operated by Oceangold Tankers were also released after 15 days in captivity. That incident also involved 10 sailors who were all taken on February 20 near Lagos, Nigeria.

These kidnappings were just the latest in a long series of incidents. The maritime security company Dryad Global reported earlier in May several attacks, including the incident with the nine Georgian sailors. At the time, they reported that a speedboat with an unknown number of pirates onboard kidnapped the 10 crew and leaving four behind, making it the seventh deep offshore incident within the Nigerian EEZ in 2020.

A total of 42 crew were reported by Dryad to have been kidnapped from vessels operating in West Africa this year. This also included two trawlers that were boarded off Libreville, Gabon, an attempted boarding near Takoradi Port, Ghana, and four other incidents in the area.

Reviewing piracy for all of 2019, the International Chamber of Commerce’s International Maritime Bureau’s (IMB) annual piracy report highlighted “an alarming increase in crew kidnappings across the Gulf of Guinea.”

According to the IMB report, the number of crew kidnapped in the Gulf of Guinea increased more than 50 percent to 121 sailors in 2019. The report said those incidents equated to over 90 percent of global kidnappings reported at sea.

“We remain concerned that this region has recorded an unprecedented rise in crew kidnaps,” said Michael Howlett, Director of the ICC International Maritime Bureau when the report was released. “These latest statistics confirm the importance of increased information exchange and coordination between vessels, reporting, and response agencies in the Gulf of Guinea Region. Without the necessary reporting structures in place, we will be unable to accurately highlight the high-risk areas for seafarers and address the rise of piracy incidents in these persistently vulnerable waters.”

This news is a total 537 time has been read
Tags: Georgian Sailors Freed After Piracy Incident in Gulf of Guinea