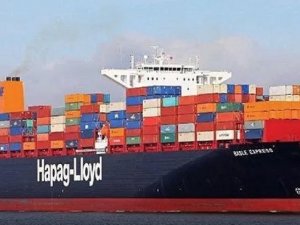 German shipping line Hapag-Lloyd has stopped one of two feeder services to Iran and will decide on the remaining one before a Nov. 4 deadline imposed by the United States, which has reimposed sanctions on Tehran.

Hamburg-based Hapag-Lloyd, the world’s fifth largest container company, said it had initiated a process to stop handling products included in the list of commodities hit by U.S. sanctions, within the required wind down timeline.

The group said it did not have any direct services handling Iran volumes of its own, saying it used partners.

“One of these two services has been discontinued, with the other under review,” Hapag Lloyd said in a written reply to Reuters questions.

It said the company was awaiting further clarification as to what operations would be permitted after the wind-down period in order to take final decisions on whether to serve Iran.

MSC, the world’s No. 2 container shipping line, said last month it would stop taking new bookings for Iran but would complete acceptable cargoes such as foodstuffs during the wind-down period.

Hapag-Lloyd, like the two other companies, services Iran via third-party feeder ships from the Jebel Ali hub in the United Arab Emirates.

Under a 2015 agreement, the United States and five other world powers agreed to lift sanctions on Iran in exchange for limits to Tehran’s nuclear program. Washington said this year it was withdrawing from the deal and would reimpose sanctions.

Iran relies on seaborne trade for imports and to sell oil and other goods. The country had struggled with logistical difficulties before international sanctions were lifted in 2016.

This news is a total 2068 time has been read
Tags: German Container Line Hapag-Lloyd Scaling Back Iran Business