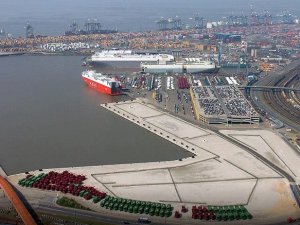 German exporters’ business confidence fell in May, especially in the chemical-intensive automobile sector, on the back of a “difficult global” economic environment, the country’s research institute Ifo said on Monday.

The pessimism in the automobile industry during the month may also be associated to talk in the US, encouraged by the country’s President Donald Trump, to impose tariffs on EU cars, which are subject to lower tariffs than those US cars entering the 28-country bloc.

The key German automobile industry is a large exporter to the US, and an important employers in the country. “By contrast, firms in the electrical and mechanical engineering industries anticipate further export growth, although here too optimism has weakened,” added Fuest.

“Food and beverage producers, however, expressed more frequent expectations for improved foreign business.” A more pessimistic outlook by German exporters follows the publication of lower manufacturing performance during April in the eurozone as a whole, hitting an 18-month low, according to IHS Markit earlier this month.

Germany’s chemical trade group VCI also said on 16 May that the country’s chemicals output, excluding pharmaceuticals, had dropped 2.4% in the first quarter, year on year, as production rates normalised after an unusually strong end to 2017.

This news is a total 3250 time has been read
Tags: German Exporters’ Confidence Weakens on ‘Difficult’ Global Fundamentals