Germany Cruises Set to Resume While British Advise Against Cruising 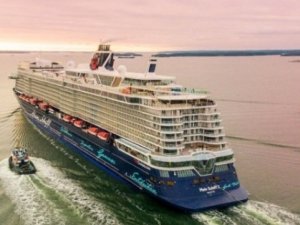 As travel restrictions are beginning to be lowered and ports begin to reopen, three of Germany’s cruise lines announced dates to resume ocean cruising.

While the operations will function under restrictions, the cruise lines believe it is the beginning of the phased return of larger ships to service nearly five months after they were idled by the coronavirus.While the announcements by the German cruise lines, AIDA, Hapag-Lloyd, and TUI Cruises, were seen as positive steps they came as British authorities surprisingly repeated their warnings about cruising. The British authorities had announced that they would begin lowering travel restrictions, but the British Foreign Office, while not ruling out cruises, advised against cruise ship travel at this time. The brief statement said they will continue to review the cruise ship travel advice based on the latest medical information and continue to support the Department for Transport’s work with industry for the resumption of international cruise travel.The first of the German cruise lines scheduled to resume service is TUI Cruises with its Mein Schiff brand, which is a joint venture between TUI and the Royal Caribbean Group. Saying that they would be just in time for the summer holiday season, the 111,500 gross ton Mein Schiff 2 will return to service on July 24, sailing from Hamburg on short three and four-day cruises into the North Sea without ports.Among the steps that TUI announced for its cruises, it will limit capacity to 60 percent of the ship’s normal 2,900 passengers and it will only be taking bookings for balcony cabins and suites. Cabins will be disinfected before guests arrive and in the pool area lounge chairs will be positioned two meters from each other. Working with medical experts, TUI Cruises has also developed a 10-point plan for resuming cruise operations.TUI initially announced four cruises as a trial and in August the company plans to launch cruises from Kiel, Germany, including longer 11-day cruises to Norway on Mein Schiff 1 and eight-day cruises to the Baltic ports on Mein Schiff 4. In mid-August, Mein Schiff 6 will resume service from Kiel also sailing to the Baltic ports. During July and August, the company currently has a total of 13 cruises planned.Hapag-Lloyd Cruises also announced plans to return two of its cruise ships to service. The expedition cruise ship Hanseatic Inspiration will start sailing on July 31 with a five-day cruise from Hamburg around Denmark again only at sea. The small, luxury cruise ship Europa 2 will resume sailing on August 2 operating an eight-day cruise from Hamburg to the Norwegian fjords.Working with the German authorities, Hapag says that it has agreed to only welcome guests who are residents in Germany, Austria, and Switzerland at this time and that capacity on the ships will be reduced by 40 percent to 150 to 300 passengers. The company will also have a day between cruises that will be used to thoroughly clean each ship before new passengers arrive. Later, the company hopes to expand to additional markets and resume port calls.Hapag is also equipping the ships with thermal imaging cameras, a mobile laboratory to provide rapid detection of viral diseases, and cold fogging devices for area-wide deep cleaning of suites, cabins and public areas. The crew will undergo a thorough health check, complete a quarantine before they start their duties, be tested for the virus, and have daily temperature checks.Start on August 5, Carnival Corporation's first cruise brand, AIDA Cruises, will resume operations with three ships. The AIDAperla will be the first to set sail on August 5 from Hamburg, followed by the AIDAmar from Rostock-Warnemünde on August 12 and the AIDAblu from Kiel on August 16. Like the other cruise lines, AIDA will limit passenger capacity and the first cruises will only be sea trips without ports.In the second phase of its resumption, AIDA says depending on the reopening of further European ports it hopes to integrate foreign destinations into the cruise itineraries. The third phase will see the gradual return to the original itineraries.While these efforts remain restricted it is an important next step to begin to expand cruise operations.  In North America, however, the cruise lines announced they would not resume service before mid-September and the U.S. Centers for Disease Control and Prevention is yet to offer any guidance on how and when cruising might resume.

This news is a total 1663 time has been read
Tags: Germany Cruises Set to Resume While British Advise Against Cruising