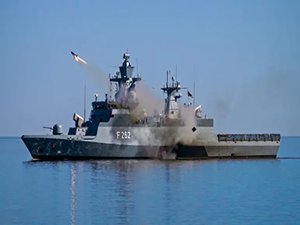 Saab has received an order from its German partner Diehl Defence for the RBS15 anti-ship missile for provision to the German Navy. The order value is approximately €160 million with deliveries between 2022 and 2026.

This order is part of a framework agreement between Saab and Diehl Defence, which offers the possibility for additional procurement in the future, where Saab’s share is up to approximately €140 million.

The agreement allows orders to be placed for up to 160 missiles until the end of 2024.

The RBS15 missiles and launcher systems provided in this order will be placed on the German Navy’s K130 Braunschweig-class corvettes. In addition to the missile systems, the order also includes associated equipment and services.

The German Navy has been a user of RBS15 since 2011. RBS15 provides naval operators with a long range all weather anti-ship and sea denial capability and is designed to overcome the challenges of the modern naval battlespace.

Built for deployment on multiple platforms, the RBS15 missile system currently serves with the armed forces of several nations around the world.

The RBS15 anti-ship missile solution is jointly produced by Saab and Diehl Defence.

This news is a total 2791 time has been read
Tags: RBS15 , German Navy , antiship missile