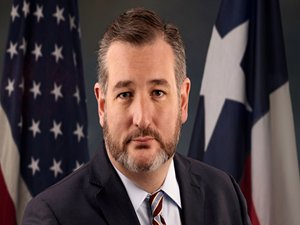 Tensions continue to rise between the US and Germany over the Nord Stream 2 project, with the German Foreign Minister voicing his displeasure to the US Secretary of State over sanction threats levelled at a German port

German Foreign Minister Heiko Maas contacted US Secretary of State Mike Pompeo of his “dismay” concerning a letter from three US Senators to Fährhafen Sassnitz, which operates Mukran Port, alerting them to their exposure to sanctions related to the Nord Stream 2 pipeline project. AP reported that the minister contacted Secretary Pompeo by phone on 9 August.

About 94% complete, the Nord Stream 2 pipeline project would bring 55Bn cubic metres (bcm) of gas directly from Russia across the Baltic to Germany. However, the project has hit a political roadblock thrown up by US lawmakers, who have imposed targeted sanctions on any vessels being used to complete the pipeline in legislation signed into law in the National Defense Authorisation Act of 2020.

Mukran Port provides services to vessels that Russia has indicated will be used for the project, and reportedly stores pipes to be installed as part of the pipeline.

In the letter, Senators Cruz, Cotton and Johnson said the company and Mukran Port were exposing themselves to “crushing legal and economic sanctions” and would cut themselves off from the United States commercially and financially. "The only responsible course of action is for Fährhafen Sassnitz to exercise contractual options it has available to cease these activities.”

The senators added “Your provisioning of Fortuna or Akademik Cherskiy will certainly have become sanctionable the instant that either vessel dips a pipe into the water to construct the Nord Stream 2 pipeline, or engages in any pipe-laying activity relevant to the project, but your exposure extends to any activities related to goods, services, or support of the pipeline.”

Nord Stream 2 is being constructed alongside the Nord Stream 1 pipeline, in operation since 2011. If completed, Nord Stream 2 would double the Nord Stream system’s total capacity. It is owned entirely by Gazprom, with 50% of its financing being supported by five European energy companies. Besides Uniper, financing is being provided by France’s Engie, Austria’s OMV, Anglo Dutch Shell and Germany’s Wintershall.