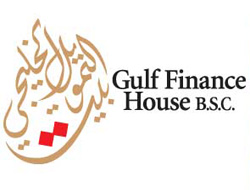 Gulf Finance House has signed a Memorandum of Understanding with the Economic and Social Development Fund of Libya to create the country's first integrated energy business district - Energy City Libya.

Energy City Libya will be developed on a strategically located 528-acre site in the city of Sabratha, adjacent to the Mediterranean Sea and 70km west of capital Tripoli.

Energy City Libya will include commercial, residential, hospitality and retail clusters in order to support the energy component.

The end value of the development is estimated to be approximately $3.8 billion once completed.

The Energy City concept will reinforce and consolidate Libya's energy industry by providing complete business infrastructure to both local as well as foreign oil and gas producers, downstream refiners and producers and businesses involved in shipping, energy trading and support services.

"We are fully supportive of GFH's vision for Energy City Libya," said Mr Al Hadhari. "We are confident that this project will add great value to Libya's economic infrastructure and will also help to set new standards in the quality of our social infrastructure. GFH's initiative will also help to encourage more foreign direct investment, particularly from the Gulf. We look forward to a long and prosperous relationship with GFH on this project and other projects in the future."

"With proven crude oil reserves of 41bn barrels, Libya has the largest reserves in Africa (42 per cent) and 3pc of the world's reserves.

"Furthermore, the Libyan National Oil Corporation aims to boost oil production from today's 1.8 million barrels per day to 2m this year and 3m by 2013, which is estimated to require total investment of $30bn.

"We are confident that at this most important time, a unique concept like Energy City will further add momentum to the progress and status of Libya's burgeoning energy sector. With the support of the Libyan government and their pro-active policies, we will be successful in providing an effective and vital platform for the future prosperity of Libya."

This news is a total 1074 time has been read