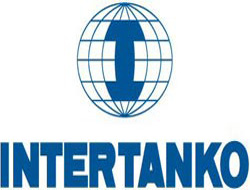 INTERTANKO?s policy on Greenhouse Gas (GHG) emission reductions from ships, as approved by the Association?s Council, has been written into a comprehensive policy statement.

INTERTANKO"s policy on Greenhouse Gas (GHG) emission reductions from ships, as approved by the Association"s Council, has been written into a comprehensive policy statement.

INTERTANKO advocates measures that would result in tangible CO2 and other GHG emissions reductions from tankers in a positive, proactive manner. We recognise the importance of working with other stakeholders to ensure the maximum efficiency of both new ships and existing ships. To this end we are working with shipbuilders and others on the design and construction of new ships, and with other partners in the transportation chain on the utilisation of ships in service.

We believe that short and long term target levels for GHG emission reductions from ships should be ambitious but realistic, and provide incentives for sustainably achieving them.

We will analyse Market Based Instruments (MBI) against the Association adopted principles and will report the results of its evaluation as soon as the details of concrete proposals become available.

INTERTANKO agrees that each industry sector, including transportation, should strive to deliver a significant contribution by reducing its Greenhouse Gas (GHG) emissions, particularly CO2 emissions.

INTERTANKO advocates measures that would result in CO2 and other GHG emissions reductions from tankers. Some measures, such as ship operations, are under the direct control and thus the responsibility of tanker operators. However, some other measures, such as improved ship design, improved technologies and improved logistics can only be obtained through a close and coordinated cooperation with other stakeholders and with governments.

INTERTANKO believes that energy efficiency will be gained through better synergy, better coordination and systematic efforts towards optimising shipping movements jointly with the other stakeholders involved in the logistical chain.

INTERTANKO supports the idea that the GHG regulations should be ?ship neutral? as the only way to address a global environmental issue. Differentiating vessels" GHG obligations on the basis of a vessel"s flag would fail to make a meaningful environmental improvement.

INTERTANKO supports the adoption of the Energy Efficiency Design Index (EEDI) as soon as possible. INTERTANKO also encourages the IMO to use the EEDI formulae for an early establishment of target levels for CO2 emission reductions for new ships.

INTERTANKO has developed a SEEMP model specifically for tankers which is being made available to our Members. The guide for tankers facilitates a harmonised and comprehensive recording, monitoring and reporting of the results. It also provides further guidance on the usage of the Energy Efficiency Operational Indicator (EEOI).

INTERTANKO is actively involved in developing best industry practice together with other stakeholders, particularly charterers, for a better planning of the voyage with the view of reducing CO2 emissions.

INTERTANKO is making an in-depth analysis of any concrete Market Based Instruments (MBI) proposal against a set of principles the Association has adopted and which embody the IMO"s nine principles. This incorporates an assessment of the role and objectives for an MBI, as well as its potential integration with other measures being developed within the IMO.

INTERTANKO will report the result of its evaluations and a comparison between various concrete alternative proposals as soon as more detailed presentations of these are available.

Shipping is a service industry whose activity increases or contracts with the demands of society. Therefore INTERTANKO believes that GHG emission reduction targets should give due regard to optimising the supply chain.

INTERTANKO believes it is essential that both stakeholders and regulators discuss and assess short and long term targeting levels for GHG emission reductions from shipping. The target levels should be ambitious, but they should also be realistic and thus provide the incentive for sustainable efforts to achieve them.

INTERTANKO believes it is more important to initiate the process of GHG emission reductions from shipping as soon as possible, while accepting that the initially agreed target levels could be adjusted as experience is gained.

This news is a total 2584 time has been read