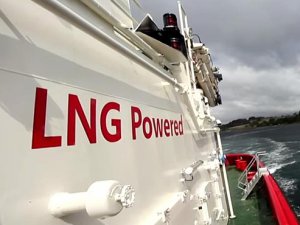 The government of Gibraltar dismissed a report made by the classification society Lloyds Register in respect of the use of LNG as a fuel in Gibraltar deeming it irrelevant to their plans.

The report has been revealed by the Gibraltar Social Democrats (GSD) and is based on the use of LNG for the proposed power station and as a bukering supply.

According to the report, over 7,000 people could be affected by an incident at an LNG powered generating station.

Leader of the Opposition, Danny Feetham, further warned that in case of a leak, the country’s firefighting teams are not skilled or adequately equipped to deal with such an incident.

The government added that it would make its own reports into the operation of LNG facilities public when these are finalised and based on actual plans and designs for the facilities in question.

“The government is confident that the reports of its experts will demonstrate that the operation of LNG facilities in Gibraltar, both for bunkering and fuel generation purposes are within the generally accepted levels of risk which we tolerate on a daily basis, namely the one in a million year criteria,” the statement further reads.

What is more, a dispute has arisen regarding the funding of the said report that cost £100,000, which the government suspects was funded by GSD via a “mystery backer”.

The Chief Minister, the Hon Fabian Picardo QC MP called on Feetham to reveal the identity of the funder, saying that:“Mr Feetham isn’t making a safety case, he is making a political case where he is counting the money from his mystery backer and the votes he expects from those he is seeking to terrify into voting for him.”

Gibraltar performed its first two ship-to-ship transfers of LNG in the Bay of Gibraltar in March this year, hinting at the possibility that this is just the beginning, and that the country intends to grow the sector.