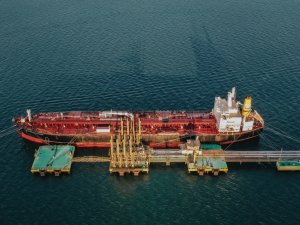 A lack of demolition activity has been one of the key developments in tanker supply this year, with scrapping likely to remain at low levels in the coming months, Gibson Shipbrokers said in its latest tanker market report.

During the first ten months of 2019, only 30 tankers over 25,000 dwt were reported sold for scrap. About half of all demolition activity has been in the Handy/MR size group, with 17 units removed since the beginning of the year.

There were three Panamaxes/LR1s demolished and just one tanker in the LR2/Aframax size group. The count is marginally higher for larger crude carriers, with five Suezmaxes and four VLCCs sold for removals.

As explained, this is in stark contrast to developments last year, when over 150 units were scrapped. However, Gibson said that this year’s dramatic decline in numbers is not surprising, considering that the pool of prime candidates for demolition has been considerably reduced following intense activity in 2018.

Weaker scrapping prices have also discouraged demolition, with lightweight values gradually falling from a high of USD 435/tonne in March 2019 to under USD 375/tonne in October, notably down from a peak of USD 465/tonne seen in early 2018.

Throughout this year, there also has been less willingness from owners to send tonnage for scrap as expectations were running high that the rebound in the market is just around the corner.

“In addition to actual demolition sales, we have also observed an increase in VLCC floating storage demand in recent months, mainly for VLCCs around Singapore/Malaysia, as final preparations for IMO2020 got under way. According to our records, at the end of October 35 VLCC and converted VLCCs (FSOs) were involved in storage of crude, dirty petroleum products … and clean products,” Gibson said, adding that the vast majority of these units have been involved in storage operations for quite some time.

A temporary spike in tanker earnings in October to their highest level in over a decade boosted shipowners’ confidence, the London-based shipbroker further said.

“Scrapping activity is likely to remain at minimal levels over the next few months on the expectation that geopolitical uncertainty, seasonal strength in refining runs, weather related delays and the IMO2020 disruptions could support tanker earnings during the winter season,” Gibson Shipbrokers highlighted in the report.

Gibson indicated that this situation could change while moving into the second quarter of next year.

“Although at present there is some optimism about the US/China trade talks, the evidence is mounting that the current state of affairs is already reducing the gains in world oil consumption and is likely to translate into sluggish growth in demand next year, keeping a lid on the potential rebound in tanker earnings,” the shipbroker continued.

In terms of tanker supply, nearly 110 tankers will be celebrating their 20th birthday next year, with figures being particularly elevated for larger crude carriers. Not all of these units will head for the beaches. However, trading conditions for ageing and inefficient tonnage will undoubtedly become more challenging, with the bunker base shifting to more expensive 0.5% sulphur fuels. This will add an extra cost on top of typical extended off-hire periods and higher maintenance & repair expenses, according to Gibson.

What is more, there are also tankers more than 15 years old that will have to renew their International Oil Pollution Prevention (IOPP) certificates and hence face the deadline for an expensive ballast water treatment system retrofit next year.

“The choice whether to bite the bullet will be individual for every vessel. However, arguments to support the demolition decision will certainly have more weight,” Gibson Shipbrokers concluded.

This news is a total 781 time has been read
Tags: Gibson Shipbrokers, Scrapping, Tanker.