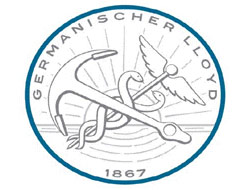 "Our certification system scrutinizes 80 different indicators and is designed to make the level of performance and quality standards of container terminals measurable and transparent," said Bernhard Ständer. The constantly increasing size of containerships makes the issue of the speed, safety and cost efficiency of handling more acute than ever. "Yet Altenwerder can also be unreservedly recommended for feederships," added Ständer.

Oliver Dux, CTA Managing Director, was delighted about the certificate and underlined its usefulness for a further optimization of processes: "Primarily by comparison with the previous year, specific indicators show what can still be improved at the terminal. Further progress is definitely still feasible!"

CTQI certification for the CTQI standard calls for the introduction of a management system along with indicators for the evaluation of a terminal's efficiency. Such criteria as crane equipment and its effectiveness, as well as the efficiency of loading and unloading of container block trains, trucks and inland waterway craft, are put to the test. Efficient links with the hinterland as well as to the canal and river system are also assessed. The certificate is valid for one year.

For Klaus Peter Barth, Managing Director, NYK Line (Deutschland), CTA has developed into "one of the most productive terminals worldwide. That makes the short lay times possible that are of such special importance for us as shipowners." This statement was underlined by the record handling performance achieved just before that at CTA. In discharging and loading the 'NYK Orion', an average handling performance of 165.2 movements per hour was achieved, marking a distinct advance on the former record of 153.9 movements.

CTA is one of three container terminals operated by Hamburger Hafen und Logistik AG (HHLA) in the Port of Hamburg. Owing to its high degree of automation, this facility designed for efficient handling of mega-containerships is regarded in the shipping world as the most modern container terminal worldwide. HHLA is one of Europe's leading port logistics groups. With its Container, Intermodal and Logistics segments, it is positioned vertically along the transport chain.

This news is a total 1756 time has been read