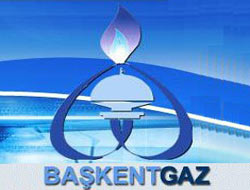 Global Energaz was the highest bidder in an auction to buy Ankara's state-owned natural gas network, currently run by the Ankara Municipality, after offering $1.61 billion for one of the most valuable assets in the country's privatization program.

Global Energaz was the highest bidder in an auction to buy Ankara's state-owned natural gas network, currently run by the Ankara Metropolitan Municipality, after offering $1.61 billion for one of the most valuable assets in the country's privatization program. Seven firms had submitted sealed bids in the first phase of the tender.

Güri? was expected to bid, but announced it would not participate in the process immediately prior to the tender. Aksen, Çal?k, the Gaz Naturel-Nurol consortium, the Global Yat?r?m-Energaz consortium, Limak, Elektromed and Zorlu Petrogaz made the initial bids. Zorlu Petrogaz eliminated after initial bids. Zübeyir Ar?k, head of the commission that oversees tenders, had announced one-to-one meetings would continue for the revising of bids. After one-to-one meetings Ar?k said no firm had raised their bid over the highest offer in initial bids, namely $1.6 billion.

Akfen, Gaznaturel-Nurol and Limak submitted the lowest bids, leading to their elimination in the first phase.

The tender then continued in an open auction with the opening price set at $1.606 billion. Çal?k and Elektromed withdrew in this phase without raising their bids. Global Yat?r?m-Energaz accepted the opening price and did not raise it further.

After the auction ended, the commission asked for a final bid, and Global Yat?r?m-Energaz raised its bid to $1.61 billion. The tender was technically completed but the process needs to be approved by the Competition Board before Ba?kent Do?algaz Da??t?m can officially be sold.

The gas network has assets valued at $570 million and 1.1 million customers.

Ankara Mayor Melih Gökçek had said some 3.2 billion cubic meters of natural gas were consumed in Ankara last year and estimated that consumption would double over the next decade.

Gökçek said the operator of the grid will be responsible for distributing the gas but can also decide from where to import gas stocks.

Profits from the privatization will be used to pay off the municipality's debts, Gökçek said. The municipality owes $800 million to the Turkish Treasury and to the state-owned Turkish Pipeline Corporation (BOTA?). He said the municipality would spend the remainder on transportation, infrastructure and irrigation investment.

The grid is one of the most valuable assets in an International Monetary Fund (IMF)-backed privatization program that Turkey adopted after an economic crisis in 2001.

This news is a total 710 time has been read