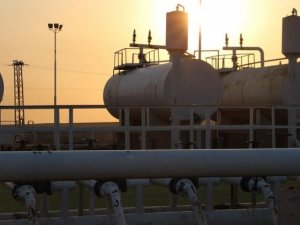 Global oil demand will grow by 7.2 million barrels per day (mb/d) between 2015 and 2021 to reach 101.6 mb/d, the International Energy Agency (IEA) said in its Mid-Term Oil Market Report on Monday.

The IEA identifies two reasons for the drop in growth rate as, “relatively high underlying vehicle efficiency assumptions and the structural change in the Chinese economy away from its reliance on heavy industry/exports towards more services and domestic consumption.”

“The drop in supply growth comes as upstream investment dries up in response to the current glut that is pressuring prices,” IEA says.

Global oil exploration and production capital expenditures are expected to fall by 17 percent in 2016, following a 24 percent cut in 2015 “which would be the first time since 1986 that upstream investment has fallen for two consecutive years,” IEA argues.

The report warns of an oil price spike in the later part of the outlook period arising from insufficient investment.

“The market will begin rebalancing in 2017 – and by 2021 the U.S. and Iran are seen leading production gains among non-OPEC and OPEC countries, respectively,” IEA says.

“The U.S. remains the largest contributor to supply growth during the forecast period, accounting for more than two-thirds of the net non-OPEC increase,” IEA states.