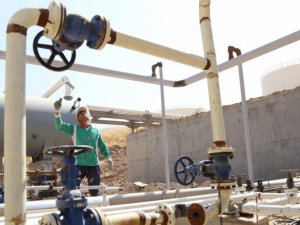 Global oil price started the week on a slight fall due to global oversupply and slowing economic growth.

On Friday, oil hit $42 per barrel mark on the expectation of OPEC, non-OPEC producers' oil freeze agreement scheduled for April 17.

The highest level of the day was $42.45 on Friday, official data shows.