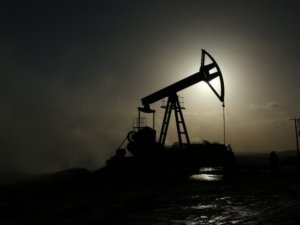 Crude oil prices closed the week on Friday at around $33 per barrel, slightly higher than the week’s opening of $32.77, according to official figures.

Brent crude oil experienced ups and downs throughout the week, with $35 highs and $31 lows.

The major event of the week was the meeting between Russia, Venezuela, Saudi Arabia and Qatar resulting in an conditional agreement to freeze output at January levels.

The four major producers came together in Doha on Tuesday to discuss steps towards stabilizing the oil market and agreed to an output freeze, provided that other major producers implement it as well.

On Wednesday prices dropped to as low as $31.82, mainly attributed to Iran’s initial response to the oil output freeze deal.

Talks between Iranian Oil Minister Bijan Zanganeh and his counterparts from Iraq, Qatar and Venezuela took place in Tehran, the capital of Iran on Wednesday.

After the meeting, Zanganeh welcomed the deal calling it a first step towards stabilizing the market; he also made it clear that it was insufficient to stem the glut in the market.

With oil oversupply remaining high and uncertainty surrounding whether the pact to freeze output by major producers will actually go through, global oil prices closed the week at $33.

This news is a total 4747 time has been read
Tags: Global oil price closes week at $33 per barrel, Turkish, Maritime