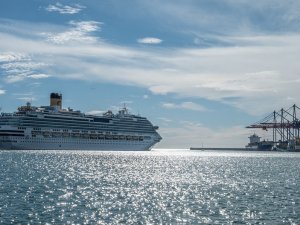 A joint venture of cruise port operator Global Ports Holding Plc (GPH) has completed the purchase of an additional stake in the Spanish Malaga Cruise Port.

As informed, this increases Creuers’ ownership in the Malaga Cruise Port concession to 100% and GPH’s effective ownership to 62% from 49.6%.

Established in 2008 as part of Creuers, Malaga Cruise Port manages all three cruise terminals of the Port of Malaga. The port is located in a strategic area in Southern Europe, connecting with routes to the Atlantic and the Mediterranean to make it a gateway to Andalusia.

Back in 2014, GPH took over the controlling stake in Creuers, becoming the world’s largest cruise port operator. As part of the acquisition, Malaga Cruise Port became a subsidiary of GPH.

The newest announcement comes only a few weeks after Goulette Cruise Holding, GPH’s joint venture with MSC Cruises, concluded the acquisition of Goulette Shipping Cruise, the company that operates a cruise terminal in La Goulette Tunisia.