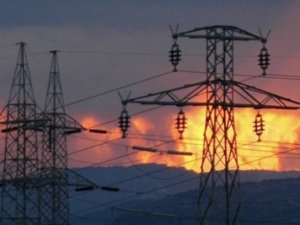 In 2011, renewable energy investments made a record high of $279 billion.

Between the years of 2004 to 2015, total global investment in renewable energy reached $2.3 trillion, the report estimates.

Renewables added more to global energy generation capacity than all other technologies combined in 2015 with 134 gigawatts compared to 106 gigawatts in 2014.

"The investment in new renewable energy capacity, at $266 billion, was more than double the estimated $130 billion invested in coal and gas power stations in 2015," the report says.

For the first time, investments in renewable energy in developing and emerging economy nations surpassed those in developed countries, the report shows.

Investment in developing and emerging economy nations reached $156 billion while in developed countries it was $130 billion. China led investments in renewable energy with $102. 9 billion, making up 36 percent of the world's total. India, South Africa and Mexico also registered important investments of $10.2 billion, $4.5 billion and $4 billion respectively. Additionally, Morocco, Turkey and Uruguay all joined the list of countries investing more than $1 billion.

Among developed countries, investment in Europe was down 21 percent to $48.8 billion in 2015; "the continent's lowest figure for nine years despite record investments in offshore wind projects," the report says.

Clean energy investments were up by 19 percent in the U.S., and in Japan investment was much the same as the previous year at $36.2 billion.

The report attributes "China's dash for wind and solar, fast-rising electricity demand in emerging countries and sluggish economic growth in the developed world," as some factors causing the shift in investment towards developing countries and away from developed economies.

Cutbacks in subsidy support in Europe and the reduced cost of choosing renewables to meet that demand globally are also given as deciding factors.

Despite the rise in investments, renewables, excluding large hydro, still represent a small minority of the world's total installed power capacity at 16.2 percent.

This news is a total 8636 time has been read
Tags: Global renewable investments hit record in 2015, Turkish, Maritime

BP To Cut Caribbean Oil Due To Low Demand For VLSO BunkersThe problem-plagued Limetree Bay refinery in St. Croix, Virgin Islands, may lose its main supplier of crude, oil major BP, if it isn’t successfully up and running by December, according to two people familiar with the matter.