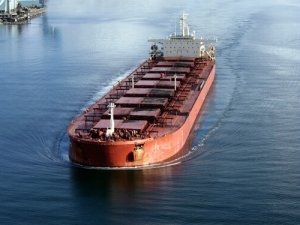 The first national workshop under the Global Maritime Energy Efficiency Partnerships GloMEEP), Project, which aims to support increased uptake and implementation of energy-efficiency measures for shipping, has been held in Georgia.

Georgia is one of the Lead Pilot Countries for the project, which aims to build understanding and knowledge of technical and operational energy-efficiency measures to lead maritime transport into a low-carbon future.

The national workshop in Batumi, Georgia (15-17 December), focused on raising awareness of Annex VI of the International Convention for the Prevention of Pollution from Ships (MARPOL), in particular the energy-efficiency regulations in chapter 4. These regulations include requirements for new ships to be built to be more energy efficient, using the Energy Efficiency Design Index (EEDI), and for all ships (new and existing) to develop a Ship Energy Efficiency Management Plan (SEEMP). Barriers to implementation were identified and discussed in order to draw up plans to tackle them.

Participants included officials from Georgia’s Maritime Transport Agency, Ministry of Environment and Natural Resources Protection and Ministry of Economy and Sustainable Development, as well as representatives from several ports and academics from maritime training centres. The workshop was organized by the Maritime Transport Agency of Georgia with support from the Black Sea Commission and funded by IMO’s Integrated Technical Cooperation Programme.

Following the workshop, Georgia’s GloMEEP National Task Force held its first meeting (18 December) and discussed its National Work Plan for 2016. This plan sets out the activities that Georgia will be undertaking under GloMEEP, including: legal, policy and institutional reforms, such as developing the country’s energy policy for the maritime sector; capacity-building and awareness raising, through workshops; and the development of public-private partnerships to catalyse maritime sector energy-efficiency innovation, R&D and technology deployment, by engaging with private-sector companies in the country to run workshops or other activities.

Formally designated “Transforming the Global Maritime Transport Industry towards a Low Carbon Future through Improved Energy Efficiency”, the project focuses in particular on building capacity to implement technical and operational energy-efficiency measures in developing countries, where shipping is increasingly concentrated.

IMO is executing the two-year project, which marks the beginning of a new blueprint for creating global, regional and national partnerships to build the capacity to address maritime energy efficiency and for countries to bring this issue into the mainstream within their own development policies, programmes and dialogues.

The Lead Pilot Countries for the project are: Argentina, China, Georgia, India, Jamaica, Malaysia, Morocco, Panama, Philippines and South Africa. The Lead Pilot Countries will be supported in taking a fast-track approach to pursuing relevant legal, policy and institutional reforms and driving national and regional government action and industry innovation to support the effective implementation of IMO’s energy efficiency requirements.

The GloMEEP Project is also working towards forming a public-private partnership under a Global Industry Alliance (GIA) for low-carbon shipping, within the project framework.

IMO energy-efficiency requirements
Mandatory technical and operational energy-efficiency measures were adopted by Parties to Annex VI of the International Convention for the Prevention of Pollution from Ships (MARPOL) in July 2011 and entered into force on 1 January 2013. These regulations made mandatory both the Energy Efficiency Design Index (EEDI) for certain types of new ships, and the Ship Energy Efficiency Management Plan (SEEMP) for all ships. Since the entry into force of the regulations on energy efficiency for ships in 2013, further work has been undertaken to extend the scope the EEDI to include several additional ship types, to further develop guidelines to support uniform implementation, and to promote technology transfer.

IMO’s third study on greenhouse gas emissions from ships (2014) estimates that international shipping emitted 796 million tonnes of carbon dioxide (CO2) in 2012, down from 885 million tonnes in 2007. This represented 2.2% of the global emissions of CO2 in 2012, down from 2.8% in 2007. However, the study’s “business as usual” scenarios forecast a growth in CO2 emissions for international maritime transport of between 50% to 250% in the period to 2050, depending on future economic and energy developments.

Monjasa reaps fruit from IMO 2020 preparationsDanish bunker company Monjasa reported an improved business performance on the back of the sulphur cap regulation that entered into force on January 1, 2020, marking a global transition of ships to cleaner fuels. VTT to Explore Use of Bio- and Waste-Based Oils for Ships, Power PlantsIn a three-year Business Finland BioFlex project, Finnish research services provider VTT and partners will assess how suitable fuel oils made from biomass and waste plastics are for ship diesel engines and power plants.