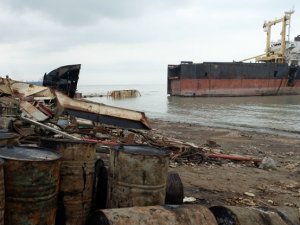 The attempt to reverse the recently imposed 15% value-added tax (VAT) on ships being sent to Indian ship-recycling markets will likely be successful, according to GMS, a cash buyer of ships for recycling.

Namely, the announcement was made after the Bangladesh Shipbreakers Association (BSBA) voiced their concerns to the highest authorities in government in an attempt to reverse VAT on incoming ships.

Additionally, the finance ministry informed that VAT will now be postponed for at least another two years, which should see prices remain at par with those seen in the first quarter of the year.

In early June, ship-recycling sectors in Pakistan and Bangladesh witnessed a decrease in LDT price after the respective countries released their 2017 budget announcements.

The Pakistani budget first brought falls of about USD 10/LDT, “as rumors of an even worse fate for the Bangladeshi market surfaced and were eventually confirmed” by the announcement of their budget.

The Pakistan Shipbreakers Association (PSBA) is due to meet in the coming week in order to address some of the concerns arising from their recent budgetary changes affecting their industry, GMS informed.

This news is a total 1737 time has been read
Tags: GMS: Bangladeshi Scrapping Tax Likely to Be Postponed