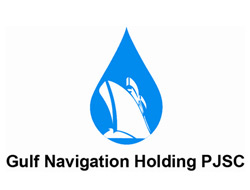 Falling prices for new builds, fuelled by a wave of order cancellations within the shipbuilding market, continue to provide fleet expansion opportunities.

Falling prices for new builds, fuelled by a wave of order cancellations within the shipbuilding market, continue to provide fleet expansion opportunities.

Falling prices for new builds, fuelled by a wave of order cancellations within the shipbuilding market, continue to provide fleet expansion opportunities to ship owning companies with ready cash, said a senior official at Gulf Navigation Holding. GNH , a leading tanker owning company in the Middle East, which had earlier put on hold new investments in tanker acquisitions, is now prepared to change its position as prices continue to fall.

"Prices for new builds in the past 24 months had reached levels we in the industry thought did not make economic sense," Abdullah Abdul Rahman Al Shuraim, Chairman of GNHGNH, told Emirates Business.

"With the current drop in demand for new builds, we see prices falling back to levels we believe will make acquisitions possible and cheaper," he said.

According to Al Shuraim, prices of new VLCCs (Very Large Crude Carriers) have dropped by 15 per cent in the past few months and would continue to fall this year.

"We will not rush to commit ourselves with new acquisitions. We still feel that there is more pressure to come on prices for new builds. We are keeping our eyes wide open and monitoring the market until we get exactly what we want," added Al Shuraim.

He said between 30 to 40 per cent of ship projects under construction are not financed, adding that such assets would be available for acquisition in the near future at low prices. Yesterday, GNHGNH inaugurated M/T Gulf Jalmuda, the last of its four tankers built at Hyundai Mipo Dockyard in Ulsan, South Korea. The ship, launched at Jebel Ali port, will be handed over to International Shipping Company, a subsidiary of Saudi Basic Industries Corporation (Sabic)Saudi Basic Industries Corporation (Sabic) on a 15-year time charter. Three sister tankers have already been chartered to Sabic for 15 years. The vessel was financed through a syndication led by Fortis Bank, one of the world's leading ship finance and banking institutions. The total amount of financing for all the four vessels was $185 million (Dh679m), equivalent to 85 per cent of the purchase price.

Although freight rates on the spot market have remained volatile in the past few months, Al Shuraim noted that the company continues to benefit from its time charter contracts, which have seen no major adjustments despite changes in market conditions.

He said the new deliveries would help to boost the company's revenues. Al Shuraim said 2009 would be a very challenging year for the regional tanker industry in sharp contrast to the positive performance registered in 2008 and attributed this to a sharp drop in demand for oil and petrochemicals.

"While we expect a volatile trend throughout the year, some industry analysts believe that stability will return at the beginning of 2010," said Al Shuraim.

He pointed out that despite the tough times, the company would continue to implement various growth strategies to help it during the recovery period.

PJSC Group companies and divisions own and operate a fleet of 19 crude, clean petroleum product and chemical tankers. The company, which is listed on the Dubai Financial Market, saw its net profit for 2008 soar 27.7 per cent to Dh148.22m from Dh116.04m in 2007.

This news is a total 1393 time has been read