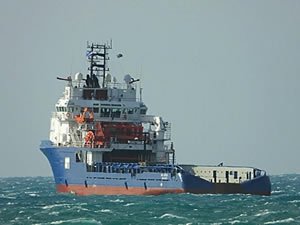 Australian marine services provider Go Marine has been awarded a contract by compatriot Santos for the provision of an anchor handler in support of drilling campaign offshore Australia.

Go Marine said this week that the AHTS Go Spica had been awarded a contract with Santos to support the Van Gogh Infill 2 Drilling Campaign from 2Q 2021.

According to its owner, the anchor handling vessel is currently available for charter throughout December 2020 and 1Q 2021.

“The contract award is a testament to the hard-working team that have overcome the challenges and constraints of 2020 to undertake an extensive docking and reactivation effort and deliver Santos and our future clients with a safe, operationally efficient and reliable vessel”, the company said.

Santos made a Final Investment Decision on the Van Gogh infill development phase two project off Australia in March 2020.

It involves the drilling and completing of three new horizontal, dual-lateral production wells and subsea tieback into existing infrastructure with operations expected to start in early 2021.

This news is a total 2023 time has been read
Tags: Australia , Go Marine , GO Spica , Santos Introducing the top EPC company (IOEC)The company was established in 1991 and operates mainly in the Persian Gulf, with its head office in Tehran. It experienced a very fast growth in its life and achieved a record of $7 billion for its ongoing projects in 2010. Shell to cut 330 offshore jobs from North SeaThe company said some of the jobs were linked to the project for decommissioning the Brent Charlie platform, which was set to complete in the following two years.