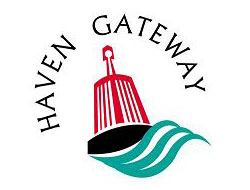 A campaign encouraging businesses in the East of England to take advantage of exporting opportunities has been welcomed.

A campaign encouraging businesses in the East of England to take advantage of exporting opportunities has been welcomed.

A campaign encouraging businesses in the East of England to take advantage of exporting opportunities has been welcomed by David Ralph, chief executive of the Haven Gateway Partnership.

East of England International"s ?Now is the Time to Export? campaign is good news for the Haven Gateway"s ports, shipping and logistics sector as well as for the sub-region"s wider economy, Mr Ralph said.

?The East of England has the enormous advantage of having Felixstowe, the UK"s largest container port and the fifth largest in Europe,? he said. ?We would expect any increase in exports from the East of England ? and, indeed, from across the UK ? to translate into higher export volumes through our ports.?

With the pound plummeting against both the euro and the dollar, EEI is urging businesses to look for the exporting opportunities, in a campaign launched in conjunction with UK Trade & Investment.

?As the UK economy continues to slow and with the latest setback to the pound, EEI believes now is the right time to diversify away from the home markets and win extra business overseas,? said EEI chief executive David Riches.

?Credit crunch problems are well documented but there are still ample opportunities to export, with statistics showing that business productivity is boosted by up to a third in the first year of exporting, meaning companies are more likely to stay afloat when they export.?

New figures from UK Revenue and Customs show that exports from companies in the East of England rose by 5.7% in the third quarter of 2008, the highest of any region in the UK.

The Haven ports have a key part to play in this, Mr Ralph said.

?Felixstowe offers shippers deepsea connections to ports all over the world, while Felixstowe, Harwich and Ipswich all offer frequent shortsea connections into Europe and Scandinavia. They are all ideally placed, with excellent road and rail links, to handle any increase in exports as a result of the falling pound and the EEI campaign.?

EEI has a dedicated team working in partnership with UK Trade & Investment to help firms in the region benefit from export opportunities. As part of the campaign, it is organising a fact-finding trade mission to Mexico in March, which will involve about 20 regional businesses.

?Backed by billions of government-pledged money, the Mexican economy is awash with opportunities for East of England companies,? said Martin Keepfer, the EEI regional team manager who is organising the mission.

?It is not an easy market to crack but the rewards are out there. I think of all the other markets, Mexico is going to buck the trend. My message to eastern region businesses would be to look beyond Europe and look at the long haul,? Mr Keepfer said.

Recent export success stories in the East of England have included Essex marketing agency Pelican Studies, which is selling touch screens into the Middle East property development sector. Another Essex company, Lapsafe Products, manufactures trolleys and cabinets to store laptops and is making inroads into Oman.

This news is a total 2498 time has been read