GoodBulk Offloads Capesize Duo, Points to Pick Up in Demolitions 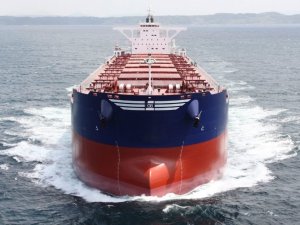 The sale comes on the back of GoodBulk’s offloading of a Supramax vessel M/V Aquakula back in August 2019.

GoodBulk announced the sales as it posted its eleventh consecutive profitable quarter, with USD 10.9 million of net profit on revenue and other income of USD 68 million.

The results for Q4, 2019 were pretty much in line with the figures from the corresponding quarter in 2018, when net income reached USD 10.6 million.

The dry bulk market in the fourth quarter was predominantly impacted by lower iron ore exports from Brazil which fell to 89 million tonnes, negatively impacting the Capesize market, and a drastic cut in Chinese coal imports.

“Management continues to monitor the feasibility of exhaust gas cleaning systems (EGCS), we continue to believe switching over to compliant fuels is currently the best strategy for the company,” the company said commenting on its IMO 2020 strategy.

“Through the tremendous efforts of our manager C Transport Maritime’s technical and operational staff in coordination with our crews, the Company was able to successfully transition all of our vessels from HSFO to compliant VLSFO in time to be in compliance with the 1 January deadline.”

The pressure on Brazil’s iron ore exports continued in January and February 2020 as a result of heavy rain in the iron ore-rich Brazilian state of Minas Gerais, coupled with the annual cyclone season in West Australia which is disrupting iron ore shipments.

As a result, the Capesize market down to 2016 lows, pushing Capesizes below operating expenses.

As explained by GoodBulk, the deteriorating rate environment has resulted in an increase in Capesize vessel demolitions which now stand at nine vessels year to date, an increase over the five reported demolished in January and February 2019.

The novel coronavirus outbreak in China is adding a new level of complexity to the market as it is expected to negatively impact Chinese domestic demand, hurting raw material flows and consumption amid restrictions on the movement of people and goods to curb the outbreak.

GoodBulk believes the normalization of the economy will be key to the improvement in the dry cargo market which is always one of the first to feel changes in global trade.

“Overall, however, once the spread of the virus comes under control, the Chinese government’s measures to prop up infrastructure projects via giving local governments access to the bond market is expected to support iron ore demand later in the year.”

“Although we do not expect 2020 Capesize rates to match 2019’s average of USD 18,025 per day, we believe the market will see a significant improvement as we approach the third quarter 2020,” the company said.

GoodBulk controls a fleet of 25 dry bulk vessels with an average age of 10.9 years consisting of 24 Capesize vessels and one Panamax dry bulk vessel.

This news is a total 537 time has been read
Tags: Capesize, earnings, GoodBulk.