Great Interest on The First Cruise of Disney 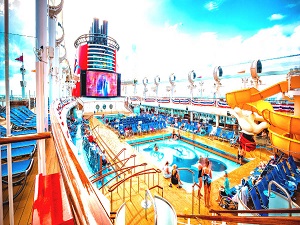 Disney Cruise Lines' first sailing from Louisiana, a four-day itinerary departing New Orleans in early 2020, was so popular that it sold out in about an hour.

According the local Sun Herald, the 2,700-passenger Disney Wonder sold out immediately for her first four-day voyage from New Orleans to the Western Caribbean.  "It sold out in one hour. The whole cruise," said local travel agent Brenda Walker, speaking to the Sun Herald.

After New Orleans, the Disney Wonder will sail for San Diego, where she will offer trips to the Mexican Riviera. She will also be the first Disney vessel to visit Hawaii in five years when she calls Honolulu in April 2020. She is not a Jones Act vessel, so she will not be able to offer home-ported voyages within and between the Hawaiian islands; instead, she will make one port call in Honolulu on a round trip voyage from Vancouver, Canada.