Greece aims to build on Chinese cooperation in Piraeus port 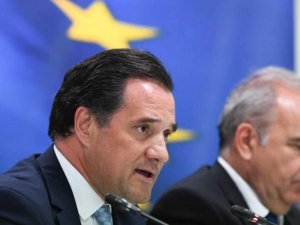 Greece is determined to build on the success of the Chinese presence in Piraeus port, with the Greek government continuing with unfaltering commitment to enhance cooperation with China, Greece's Development and Investments Minister, Adonis Georgiadis said

"We continue even faster and stronger than before to make our ties stronger," the minister said while addressing an online investment forum on 4 June.

Georgiadis said the new unprecedented challenge posed by the Covid­19 pandemic can either lead to conflicts or strengthen the will of the people and nations to move forward, and Greece has chosen to move forward, stressing that the message the Greek government aims to convey is that investments will continue.

"We are very happy with the Chinese presence in Greece, very proud of our cooperation in Piraeus port. We want to go forward with the master plan of the upgrade of Greece's largest harbour,” said the Minister.

The port is considered a flagship success project under the Belt and Road Initiative (BRI) launched in 2013. China's Cosco Shipping acquired a majority stake in the Athens Stock Exchange-listed Piraeus Port Authority (PPA).

(PPA) in 2016 following an international tender, while its subsidiary Piraeus Container Terminal SA has operated the port's container terminals II and III over the past decade, with both posting impressive results.

The PPA’s $648m investment plan is moving forward with Shipping and Island Policy Minister, Ioannis Plakiotakis, recently reporting work on the further development and upgrade of Piraeus is proceeding smoothly as planned.

³The Chinese investment at Piraeus is a strategic investment, which can help the local economy and society. It is a win-win caseŠ We must move forward based on the plan. We should send the message that we are returning to normalcy and investments are progressing smoothly,² said Plakiotakis.

In 2019 the Cosco-concession terminals II and III handled 5.16m teu, a rise by 17%. If terminal I, controlled by the PPA is added in the total number for 2019 rises by 490,000 teu to 5.65m teu making it the top container port in the Mediterranean and the fourth in Europe.

Though in the grip of the Covid-19 pandemic the number of containers being handled in Piraeus is holding up, with only a small decline recorded in April year-on-year.

Georgiadis said Greece is one of China's real friends as he invited Chinese investors as well as tourists to his country.

"In this global crisis of the novel coronavirus, we choose as our common response the further strengthening of Greek-Chinese relations and bilateral cooperation, especially in economy and investments. This is the safest way to overcome the crisis as quickly as possible," said Georgiadis.

Zhang Qiyue, Chinese Ambassador to Greece, told the investment forum that China and Greece are important BRI partners. After the pandemic, Sino-Greek relationship is bound to become stronger, said the ambassador. She said the two sides have a very strong desire to further strengthen cooperation to bring better results to benefit the peoples of Greece and China.