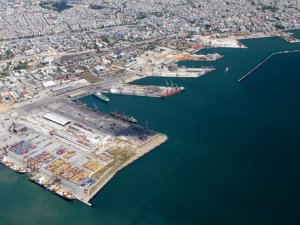 The Hellenic Republic Asset Development Fund urged the short-listed investors to improve their offers for majority stake in Thessaloniki Port, as currently the privatization agency got three offers last month for the sale of a 67% stake. The bidders are the Philippinean International Container Terminal Services (ICTS), the joint offer from German equity firm Deutsche Invest Equity Partners and French Terminal Link SAS, as well as the Dubai-based P&O Steam Navigation Company (DP World).

“During today’s meeting, the board of directors considered three binding financial offers for the purchase of a 67-percent stake in the Thessaloniki Port Authority. Bidders were asked to make better offers which will be considered during the next HRADF directors’ meeting, as per tender conditions”, said the statement of Greece’s Hellenic Republic Asset Development Fund (HRADF).

The preferred bid is expected to be announced in May 2017. The tender refers to a 40-concession for the Thessaloniki port authority with an obligation to invest at least 180 million EUR.

The selloff is planned as part of Greece’s third bailout deal with the European Union and the International Monetary Fund.

This news is a total 954 time has been read
Tags: Greece called for improved financial bids for concession of Thessaloniki Port