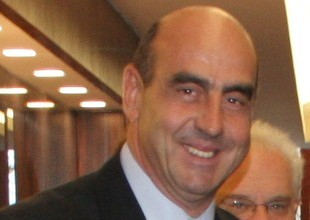 THE Greek government says it will donate US$1m to support projects aimed at enhancing safety, security and environmental protection in the Straits of Malacca and Singapore in south-east Asia.

THE Greek government says it will donate US$1m to support projects aimed at enhancing safety, security and environmental protection in the Straits of Malacca and Singapore in south-east Asia.

An IMO statement says: ?The sum will be deposited with the International Maritime Organization (IMO) and will be used to support the ongoing efforts of the Governments of Indonesia, Malaysia and Singapore to implement a range of projects developed and agreed during three meetings convened by IMO in co-operation with the three littoral States and held in Jakarta (2005), Kuala Lumpur (2006) and Singapore (2007).?

The Singapore meeting also endorsed a new framework, the "Co-operative Mechanism", in which the littoral States can work together with the international maritime community to enhance navigational safety, security and environmental protection in the Straits, which handle some 30 per cent of all sea transport globally. The establishment of the Co-operative Mechanism constitutes the first time ever that a scheme has been put in place for the management of straits used for international navigation, as envisaged in Article 43 of the 1982 United Nations Convention on the Law of the Sea.

The Greek Minister of Mercantile Marine, Georges Voulgarakis, announced his country's donation during the 25th Assembly of IMO, the 167-member United Nations agency in London. Mr Voulgarakis said he hoped that his country's gesture would be "duly appreciated by the littoral states, Straits users, other stakeholders and the maritime community at large, and will act as a stimulus for other Governments and interested parties to come forward with appropriate contributions to enable the IMO and the littoral States to achieve their set objectives. I am confident that initiatives such as these will go a long way towards protecting shipping lanes of strategic importance and significance, and commend the IMO for its foresight in addressing this issue".

IMO Secretary-General Efthimios Mitropoulos welcomed the Greek initiative, saying "this is one of the key shipping lanes of the world and safety and security of passage through it, and its protection from any pollution that may be caused by ships, is something in which we are all stakeholders to a greater or lesser extent. I am delighted that Greece has, once again, acted in its capacity as one of the world's major maritime nations and I, too, hope very much that others will follow its lead. I am convinced that the successful outcome of our work to protect shipping lanes of strategic importance and significance, coupled with work to address the needs brought to the fore by the Governments of Indonesia, Malaysia and Singapore, will go a long way to ensure the safe, secure and pollution-free passage of ships through the Straits."

This news is a total 1545 time has been read