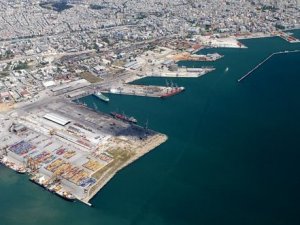 Greece has had to postpone the signing of a deal to sell a majority stake in its second-biggest port after the Russian guarantor bank, Promsvyazbank, was placed under temporary administration.

A German-led consortium was due to sign the deal on Friday to buy a 67 percent stake in Thessaloniki Port.

The signing was postponed to Dec. 21 “for reasons of force majeure involving the Promsvyazbank Bank, namely the issuer of the transaction’s letter of guarantee,” Greece’s privatisations agency HRADF said in a statement.

The agency said the postponement was “unexpectedly and unpredictably imposed, due to a decision by the Central Bank of Russia to put the above bank under temporary administration.”

Promsvyazbank, one of Russia’s biggest private lenders, was placed under temporary administration as part of a bailout plan.

Greece has named Deutsche Invest and its partners, France’s Terminal Link SAS and Cyprus-based Belterra Investments, as the winner of a tender for a 67 percent stake in the port.

The sale of Thessaloniki port is part of a privatisation scheme Greece has agreed under its latest bailout with its euro zone and International Monetary Fund lenders.

This news is a total 852 time has been read
Tags: Greece postpones port sale after Russia’s Promsvyazbank bailout