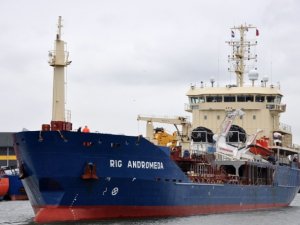 Greek authorities say they have impounded a Tanzanian-flagged freighter and arrested its crew for allegedly carrying explosives to Libya in breach of an international ban.

The Merchant Marine Ministry says the Andromeda was stopped off the southern Greek island of Crete over the weekend following a tip and escorted to a Cretan port for an inspection.

It was found to be carrying 29 shipping containers of explosives and detonators, which according to the ship’s papers had been loaded in Turkey and were destined for the east African port of Djibouti.

However, a ministry statement Wednesday said the ship’s owner later ordered the captain to change course and take the cargo to the Libyan port of Misrata.

The arrested crew members were identified as five Indians, two Ukrainians and an Albanian.

This news is a total 915 time has been read
Tags: Greece Seizes Ship for Allegedly Taking Explosives to Libya