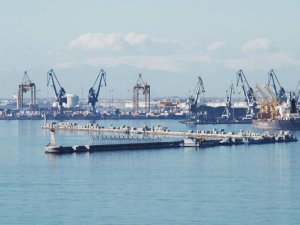 The price of the shares acquisition was $275 million, and the contract requires a further $215 million investment in the port within the next seven years, along with concession revenues. In total, the agency estimates that the agreement is worth $1.3 billion.

“The exploitation of the Thessaloniki port along with the positive impact the successful conclusion of the exploitation agreement of Piraeus Port already has, form an axis of growth and development that crosses vertically our country, further enhancing the role of Greece as the European gateway to international companies for trade and cruise," said HRADF chairman Aris Xenofos.

HRADF is tasked with carrying out the privatization of many publicly-owned Greek entities under the terms of the 2015 EU financial bailout. In exchange for $100 billion in EU assistance, Greece promised to set up a $50 billion fund to pay down its debt, recapitalize banks and invest in its economy, which would be funded by selling off state assets. Business lines for auction include the nation's natural gas infrastructure, the national lottery and Athens' water supply, among other marquee properties.

This news is a total 1092 time has been read
Tags: Greece Sells Thessaloniki Port Concession