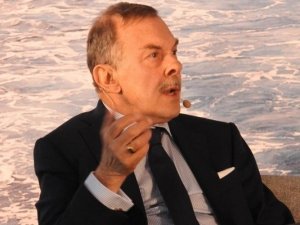 A survey of Greece’s shipowners and operators by Naftiliaki Greek Shipping shows the number operating fleets of over 1m dwt has increased to 75 from 72 a year earlier.

Surveying Greece’s largest operators, those with fleet’s over 1m dwt – the ‘tonne millionaires’  - provides further evidence that as ships at large have got bigger so have the fleets of the major owners.

The 75 Greek-controlled fleets of over 1m dwt each end May, is up three on the years of 2018 and 2019 and is a record. None of the fleets in the 2019 list are missing while there are three newcomers.

Continuing to be led by the John Angelicoussis-controlled Maran Group, Greece’s top dozen owner ships have not changed over the past 12 months and there has only been a minimum of reshuffling of the order, with George Economou’s TMS/Cardiff moving to three and George Procopiou’s Dynacom/ Dynagas/Sea Traders dropping from that spot to five, the previous position of TMS/Cardiff.

The carrying capacity of Maran leads the ‘tonne milionaires’ by a wide margin as the second fleet on the list has, in fact, declined since last year. The Angeliki Frangrou/Naviso stable is the largest in number of ships at a steady 200 but has shed 1.94m dwt to  17.455m dwt. This is still some 1.4m dwt more than TMS / Cardiff  and 1.8m more than Nasdaq-listed Oaktree Capital-backed Petros Pappas- headed Star Bulk/ Oceanbulk/Product Shipping/OCC is steady in fourth place.

The three newcomers to the 'tonne millionaire' list are Angelakos (Hellas), Golden Flame and Erasmus Shipinvest led by Zhongyi (John) Su has lifted his Akti Miaouli-based Erasmus into the group after it and jv partner Singapore-based Glory Shipping have accumulated 20 bulk carriers of just over 1m dwt.

When it comes to fleet size between them the 63 fleets of 20-plus vessels control 3,277 ships of just under 338m dwt, a growth of some 186 ships and 10.1m dwt in 12 months. All bar five are also operators of fleets above 1m dwt. Further, 16 of the companies are linked to a listing on a stock exchange, including Athens Stock Exchange-listed ro-pax operator Attica Group which has some 33 vessels operating under three banners.

In most of the trade sectors Greek shipowners are among the leading players, and where they are not, like the container ship sector, they are closing in on those above them as Greek owners adapt to changing demands of the political and commercial markets. The larger owners are especially well placed to take advantage of opportunities that may appear on the horizon.

Sixteen of the 75 ‘tonne millionaires’ run dedicated fleets - seven of them tankers, three of them gas carriers, two with just container ships and one has 55 car carriers of 1.1m dwt. There are only three pure bulk carrier operators among the ‘tonne millionaires’ though overall bulk carriers at 1,296 units shade the 1,239 tankers. There are 220 gas carriers – 104 LNGs and 116 LPGs -- and 436 container ships in the fleets in the two market sectors in which Greeks are expanding their presence.

Technomar Shipping in 17th has been extremely active in the s&p market and has grown its fleet of container ships and bulk carriers by 15 ships and some 887,000 dwt.

John Alafouzos and the family’s Kyklades Maritime continues with its revamp and this year the fleet of 4m dwt and 19 tankers sits at 28 on the list up from 47 last year (2.1m dwt and 13 tankers ) and number 70 mid-year 2018 when it ran nine units of 1.12m dwt. The company engaged in a massive fleet renewal programme involving some 15 tankers of 3.44m dwt – eight VLCCs, two suezmaxes and five aframaxes, at South Korea’s Hyundai Samho and Sungdong and Japan’s JMU with the final units now being delivered.