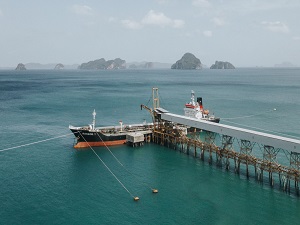 After cash buyer GMS congratulated the organization on its apparent support for the ship recycling of the former Rainbow Warrior (II) at a yard in Bangladesh, Greenpeace has issued a statement saying it was mistaken.

Greenpeace does not believe that breaking ships apart on tidal beaches is green. “We have made a mistake, one that we have tried to correct. We have allowed the Rongdhonu, formerly the Rainbow Warrior (II), to be scrapped on a beaching yard in Bangladesh, in a way that does not live up to the standards we set ourselves and campaigned with our allies to have adopted across the world,” said Greenpeace International.

Greenpeace transferred ownership of the Rainbow Warrior to a Bangladeshi non-governmental organization called Friendship, in 2011, when the ship was no longer fit to sail the high seas. She was converted into a hospital ship traversing coastal waters and rivers. Renamed Rongdhonu, Bengali for rainbow, she has since brought vital health care to over 160,000 people in some of the world’s most remote and vulnerable communities.

This year the ship, at 61 years old, reached the end of her life. “When we transferred the ship to Friendship in 2011 we retained the right of veto over any final disposal plan,” said Greenpeace. “She became a Bangladeshi ship, owned, operated and flagged and only licensed to sail inland and coastal waters. Given its condition, we presumed it would need to be decommissioned in the best way possible in Bangladesh. As proposed by Friendship.

“We should have consulted our partners in the NGO Shipbreaking Platform and the Basel Action Network, we did not. No excuse. We should have. “Over the last week we have been talking with both. They maintain, as does the E.U. and many other leaders in the field, that breaking ships on beaches is fundamentally unsafe, exploitative of workers and damaging to the marine environment. “Upon realizing our mistake, we began work to try and find an alternative way for the ship to be decommissioned, but this was not possible. The ship was beached and readied to be cut up.”

GMS had claimed that Greenpeace has finally recognized that safe and responsible recycling using the beaching method can be conducted in the Indian subcontinent and that Bangladesh specifically can be a green recycling destination. The vessel is being recycled at PHP Family yard in Chittagong.

PHP Family recycling yard was the first in Bangladesh to receive a Statement of Compliance with the Hong Kong Convention for the Safe and Environmentally Sound Recycling of Ships. It was certified by classification society RINA, and in 2017 IMO Secretary General Kitack Lim visited the yard and said it was a role model for others in the country.

GMS’ position has been that there are good and bad yards all over the world and responsible recycling can in fact be conducted at yards that practice the beaching method, including those in the Indian subcontinent. “Therefore, after years of this debate, GMS is pleased to see ex-Rainbow Warrior (II) —one of the most globally recognized vessels previously owned by the world’s leading campaigner against beaching and recycling in the Indian subcontinent—has finally accepted the fact that responsible recycling in the Subcontinent is the most prudent option for shipowners worldwide.”

It appears that Greenpeace got a nasty surprise when in fact they had acted in a reasonable and proper way, says Dr. Nikos Mikelis, Non-Executive Director of GMS. “They had located the best yard in Bangladesh where their aged Bangladeshi flag ship Rongdhonu was operating. I cannot see that they had any other option that could be justified in economic terms or in terms of environmental impact.

It is very unfortunate that political expediency has now Greenpeace backtracking and apologizing to their associates, the NGO Platform and the Basel Action Network, for having ignored the core policy of their campaigns against the beaching method. In its press release Greenpeace now promise 'to urgently adopt an end-of-life ship policy, drafted with the help of the Shipbreaking Platform, to help ensure such errors do not occur in future.'

“I find it very hard to understand how is it possible for an organization such as Greenpeace, that relies on charity and therefore needs to be governed by an ethical core of principles, to ignore the damage it can inflict by aligning itself to an irrational anti-beaching policy and rhetoric.

As Greenpeace had selected by far the most advanced yard in Bangladesh to recycle their domestically trading Bangladesh flag ship Rongdhonu, they must have been aware of the progress that the PHP yard has achieved, the great investment its owner has made in infrastructure, in the training of the workers and in setting and following safe and environmentally sound working procedures.

“Isn’t that what it is all about? Improved working conditions, improved workers’ safety, improved environmental protection. The alternative that is promoted by Greenpeace’s associates seeks an impossible future whereby Rongdhonu and all the end-of-life ships would be recycled in Europe, where no economic justification exists for the recycling of ocean going ships.

“Perhaps Greenpeace would like to consider some input from me when they are preparing their end-of-life ship policy.”