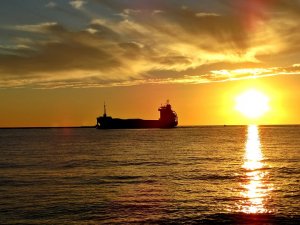 As informed, Grindrod Shipping, a subsidiary of GSH, would buy the 33.25% ordinary and preferred equity shares held by one of its two JV partners in IVS Bulk for a total consideration of USD 44.1 million, thereby increasing its stake to 66.75%.

The acquisition will be funded through a combination of cash on hand, proceeds received from a refinancing of the IVS Bulk capital structure, and a new loan at GSPL.

“The acquisition of one of our partners’ 33.25% stake in IVS Bulk, and corresponding consolidation of the JV’s financial results, represents a critical step in the growth and development of Grindrod Shipping,” Martyn Wade, the Company’s Chief Executive Officer, commented.

“We will have reduced the number of vessels accounted for under unconsolidated joint ventures from 19 to one over approximately the last two years, a core focus of ours which has the benefit of simplifying the company’s financials and operations. IVS Bulk’s 12 vessels are all modern, Japanese built “Eco” vessels that ideally complement our cargo operations,” Wade added.

The agreements are subject to customary closing conditions with an estimated closing date of February 14, 2020.

“We can provide no assurance that we will complete the acquisition until such time that the agreements have been executed and implemented. In conjunction with the acquisition, GSPL will enter into a revised shareholders agreement with the remaining 33.25% partner in IVS Bulk that will extend the partnership for a further committed period of 12 months and will result in GSPL controlling key aspects of corporate governance of the JV,” Grindrod Shipping said.

Separately, a subsidiary GSH has contracted to sell to an unaffiliated third party the small product tanker Kowie for a gross price of USD 9.2 million.

The vessel is expected to be delivered to its new owners during February 2020.

Grindrod Shipping owns and operates a fleet of owned and long-term and short-term chartered-in dry bulk vessels and product tankers. The drybulk business, which operates under the brand Island View Shipping (IVS) includes a fleet of 17 Handysize and 15 Supramax/Ultramax units on the water with two chartered-in Ultramax dry bulk carriers under construction in Japan due be delivered in 2020.

The tanker business, which operates under the brand Unicorn Shipping (Unicorn) includes a fleet of seven medium-range tankers and two small tankers, including the Kowie.

This news is a total 625 time has been read
Tags: Bulker, Grindrod Shipping, Tanker.