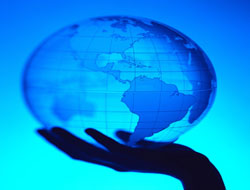 The shipping industry is showing growing interest in the use of biodiesel, according to a US biofuel producer.

The shipping industry is showing growing interest in the use of biodiesel, according to a US biofuel producer.

"Over the past 12 months we have witnessed increasing demand and interest from the marine industry,? said Gary Haer, vice president of sales and marketing for the Renewable Energy Group (REG).

?Biofuels can be very successful when used in shipping, and there are a number of large companies out there using biodiesel at high blend levels. Our success, however, is down to the integration of biodiesel with the fuel industry," said Haer.

REG markets biodiesel to fuel distributors and customers in many industries, including the maritime and military.

The company recently opened its first biodiesel plant in Texas, capable of producing 35 million gallons of fuel a year.

Haer also serves as vice-chairman of the energy committee for the National Council of Farm Cooperatives.

Sustainable Shipping spoke to Haer about biodiesel's future in the marine industry and the growth of biodiesel in the US shipping industry.

"Times have changed. 15 years ago people were very sceptical about biofuels as an industry and as a fuel. We have worked hard to change that perception, working alongside standards organisations like ASTM to help us progress as an industry," said Haer.

During 2008, biofuels have attracted a surge of interest.

In June the debate raged over whether an increased demand for biofuel was at fault for rising food prices. Questions were then raised over potential issues including contamination, water separation which accelerates microbial growth, and sludge build-up when using biodiesel in ships.

Haer said that although 2008 has seen increased interest in biofuel's possibilities, it must be noted that biodiesel did not provide the complete answer.

"Biodiesel will never replace diesel fuel, it's just a cleaner burning option. The quantities are no longer an issue, the production is there to provide it. We have more than 302 million gallons of production capacity, but there have been a few issues, the same kind of issues experienced by any low sulphur fuel."

For Haer, biodiesel makes economic and environmental sense. He says that biodiesel sees a 78% reduction in greenhouse gas (GHG) emissions compared with bunker fuels, and that from an emissions standpoint the company does not produce any harmful pollutants.

With the company continuing to focus on the fast-paced world of cleaner burning fuels to meet with regulations, REG has announced it has already pre-treated and refined crude algae oil to come up with high-quality algae biodiesel on a pilot test.

"We are a very clean fuel company, from the cradle to the grave. I'm very optimistic about the growth of biofuels as the nation continues to look to cleaner burning fuels to reduce shipping emissions.

"Biodiesel is part of the solution, and we will continue to work with other industries to make biodiesel a very real possibility," Haer concluded.

This news is a total 1472 time has been read