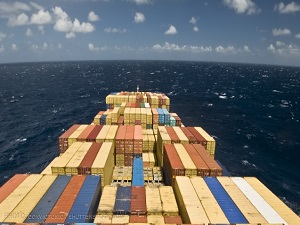 The duo informed that prior to the closing, Poseidon Containers managed to refinance USD 228.8 million secured bank debt, achieving a 21% debt reduction of USD 48.2 million. The debt, collateralized by three new eco-design, wide-beam 9,115 TEU vessels, was refinanced via a USD 180.5 million credit facility that matures in June 2022.

“This transaction provides us with an attractive portfolio of assets, greatly enhanced financial and strategic flexibility, and preferential access to a highly capable, integrated platform.  In addition, the closing of Poseidon Containers’ refinancing prior to the closing of this transaction further reduces our pro forma leverage and adds significant net asset value beyond what was contemplated at the time of our original announcement.

“The additional equity value created through the merger transaction, including the refinancing and the new charters, results in a total net asset value per share increase of 52%, to USD 2.58,” Ian Webber, Chief Executive Officer of Global Ship Lease, said.

The closing of the merger creates an asset base of more than USD 1.3 billion, which the company believes will allow it to capitalize on favorable market fundamentals in the mid-sized and smaller containership segments. With the recently announced new charters, the combined company’s contracted revenue stands at approximately USD 720 million.