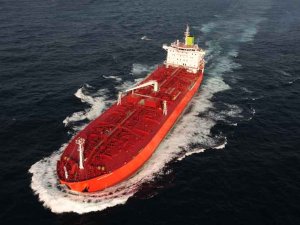 Dubai-based tanker owner and operator Gulf Navigation Holding PJSC (Gulfnav) has reported a 123% profit growth at the end of the third quarter of 2015 compared to the same period from last year.

The company said that it has released its latest financial statement amidst its strong and consistent financial turnaround and continuous intensified efforts to address creditor concerns.

This was significantly higher compared to the 2014 profit of USD 1.92 million posted during same time-frame.

From January to September of this year, the company’s total revenues also experienced a considerable increase of 11%, with earnings hitting the USD 28.607 million. The revenues during the same period in 2014 stood at USD 25.767 million.

“By the end of the third quarter of 2015, GULFNAV continued to achieve a sizeable profit improvement from 2014. All our operating segments have significantly contributed to the overall net earnings of the company. Our higher revenues in the past nine months were also the result of several key factors, most notably the healthy increase in volume of our shipping services and marine product sales and distribution business, improvement in tanker spot rates, and reduction in off-hires.

“We are confident that we will continue this upward trajectory, with the company ending stronger by the end of this year,” Hazza Baker Al Qahtani, Founder & Chairman of Gulf Navigation Holding PJSC, said.