Gulf of Mexico operators evacuating workers ahead of storm 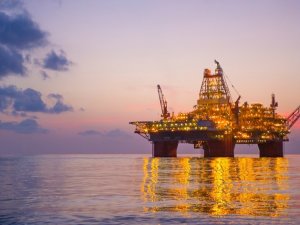 Oil and gas operators in the U.S. Gulf of Mexico are removing workers from its offshore assets and ramping down production ahead of an incoming tropical storm.

In an update on Wednesday, BP said it is closely monitoring Tropical Storm Cristobal to ensure the safety of personnel and operations in the deepwater Gulf of Mexico.

With forecasts indicating that Cristobal will begin moving north across the Gulf of Mexico later this week, BP has begun removing offshore personnel and ramping down production at its operated facilities Thunder Horse, Atlantis, and Na Kika.

Non-essential personnel are being evacuated from BP’s operated Mad Dog platform but production remains unaffected at this time.

BP added it will continue to monitor weather conditions closely to determine next steps.

Equinor is another major energy player working to remove non-essential workers from its Gulf of Mexico platform Titan.

In a statement sent to Offshore Energy, a spokesperson for Equinor said: “We are currently monitoring the path of the storm and have begun the process of removing non-essential personnel from the facility.

“If the track of the storm continues along its projected path, we expect to shut-in production and remove remaining personnel on Friday”.

The U.S. National Hurricane Center (NHC) said in an update on Thursday that Cristobal remains a Tropical Storm over the Yucatan Peninsula, but is expected to weaken into a Tropical Depression later today. It is forecasted to re-emerge into the Gulf late Friday and continue northward through the weekend.

This news is a total 441 time has been read
Tags: BP , Equinor , Gulf of , Gulf of Mexico , Occidental Petroleum