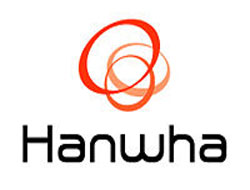 Hanwha Group, aiming to expand its construction and energy businesses, won the bid for a majority stake in Daewoo Shipbuilding & Marine Engineering Co., allowing it to enter the deep-sea drilling market.

Hanwha offered more than 6 trillion won for the company

Hanwha Group, aiming to expand its construction and energy businesses, won the bid for a majority stake in Daewoo Shipbuilding & Marine Engineering Co., allowing it to enter the deep-sea drilling market.

A final agreement will be signed in December after Hanwha completes due diligence on Daewoo Shipbuilding, Korea Development Bank Senior Executive Director Chung In Sung said today in Seoul. The bank, which is arranging the sale, didn't disclose how much Hanwha will pay for the 50.4 percent stake in the world's third- largest shipbuilder.

Hanwha, with interests from explosives to shopping malls, is seeking to expand into new businesses such as oil tankers and deep-sea drilling structures to boost earnings growth. Shares of its main units fell by their daily limits today on concern the global credit crunch will increase costs to fund the offer, valued by analysts at as much as 7 trillion won ($4.9 billion).

''We don't expect Hanwha will have problems raising funds for the takeover, based on the proposal it submitted,'' Korea Development Bank's Chung said.

Hanwha said in a statement today it will comply with the rules for the final signing of the accord. Total debt at the three Hanwha units taking part in the bid, including unlisted Hanwha Engineering & Construction Corp., stood at 7.6 trillion won at the end of June, according to Aug. 14 regulatory filings. They held a combined 1 trillion won in cash.

Daewoo Shipbuilding's order backlog stood at about $45.24 billion at the end of August, with drill ships and other offshore platforms accounting for a third of the orders. The shipyard builds vessels in South Korea's Okpo City and in Romania.

''Finally Daewoo Shipbuilding will have an owner that will enable the company to become more aggressive in expanding its business and exploring new opportunities,'' said Lee Jae Kyu, an analyst at Mirae Asset Securities Co. in Seoul.

The transaction, the largest in the shipbuilding industry, comes as South Korea shipyards, the world's biggest, show signs the five-year run of record orders is ending as demand for fuel and consumer goods slows.
Shipbuilding contracts fell 22 percent in the first eight months of the year, according to Clarkson Plc, the world's largest shipbroker.

Even so, orders at South Korean shipyards reached a record $215.6 billion at the end of August, accounting for about 40 percent of the global total of $544.9 billion, Clarkson said.

This news is a total 901 time has been read