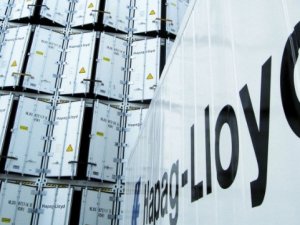 The new reefers will be integrated to the company’s existing fleet of 91,000, with delivery between August and December this year.

Hapag-Lloyd already has a significant footprint in the refrigerated container market, and since 2015 the liner shipping company has purchased a total of 30,550 new reefers (including the latest order).

2,000 of the new containers will be equipped with controlled atmosphere technology used to slow down the ripening process and extend the shelf life of fruit and vegetables. They will also have optimized power control to reduce energy consumption.

In addition to food products, Hapag-Lloyd also transports other sensitive products in reefer containers, such as high-value pharmaceuticals, and the new order will help expand the company’s footprint in this  market.

Hapag-Lloyd ordered 7,700 reefers in September last year. 1,000 of the new containers were equipped with controlled atmosphere technology. In 2016, the company ordered 5,750 reefers.

Hapag-Lloyd has a fleet of 226 container ships and a container capacity of around 2.5 million TEUs, including one of the largest and most modern fleets of reefer containers. The company is continuing to focus on the growing market in East Africa. Kenya, in particular, is developing with significantly rising import and export figures. The GDP of Kenya has grown significantly in the last two years, rising by an average of approximately six percent. Kenya primarily exports coffee and tea, but also fruit and vegetables.

This news is a total 731 time has been read
Tags: Hapag-Lloyd Increases Reefer Fleet by 11, 100 Containers