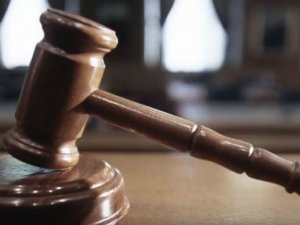 The U.S. Department of Justice and the U.S. Coast Guard have reached a consent decree with Hawaii-based operator Asure Fishery over the discharge of oily waste from a commercial longliner.

It is the fourth MARPOL enforcement action that the USCG has brought against a Hawaiian longline fishing firm this year.

In a federal complaint filed last Friday, federal prosecutors alleged that the tuna longliner Jaxon T was not equipped for the treatment or storage of oily bilge waste under way, and she often discharged these wastes at sea. The complaint alleges that company managers Khang Quang Dang and Hanh Thi Nguyen had reason to know that the vessel lacked proper equipment for handling oily waste, but still allowed it to sail.

According to the complaint, the bulkhead separating the Jaxon T's engine room from the fish hold had penetrations that allowed "free flow of fluids" between the two compartments. Apart from the potential safety implications of this arrangement, "substantial" amounts of water from melted ice would flow into the engine room, where it would raise the level of the water in the bilge. To address this problem, the crew would allegedly pump the bilge water directly over the side using a portable electric water pump, "one or more times per day."

In March 2017, a Coast Guard boarding team met the Jaxon T as she returned to the pier in Honolulu. They discovered the pump and a system of pipes and hoses that ran from the engine room, up to the deck level and out through a scupper. Oil was visible in the discharge end of the hose, which was hanging over the vessel’s side.

Less than one month later, Azure Fishery transferred the ownership of the Jaxon T to another entity, Linh Fishery, for a sum of $1. Separately, Linh Fishery paid Nguyen and Dang about $300,000. The complaint alleges that this sale amounted to a way to avoid paying the U.S. government through a "fraudulent transfer of assets."

On Friday, the Justice Department also filed a partial settlement with Nguyen and Dang for these charges, and they have agreed to pay $475,000 in civil penalties and reimbursements. The managers also committed to making operational improvements for their full fleet of 25 longline fishing vessels based in Honolulu. The claims against the rest of the defendants are still active.

“This settlement and the other tremendous work performed by the law enforcement community in this area should encourage owners and operators to proactively make necessary repairs and improve their waste disposal practices. Violators who fail to act on this message will face similar, or more severe, consequences," said U.S. Attorney for the District of Hawii Kenji M. Price in a statement.

This news is a total 679 time has been read
Tags: Hawaiian Longline Operators Accept $475, 000 MARPOL Fine