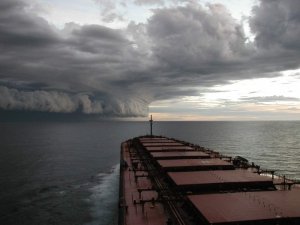 Vessel traffic in the Turkish straits is being disrupted by heavy snowfall, Gulf Agency Company (GAC) Turkey said in an advisory on Wednesday.

The traffic disruption is applicable to Turkish straits comprising the Bosporus Strait, the Sea of Marmara, and the Dardanelles, and in ports, especially those located in northern parts of the country, GAC said.

” GAC husbandry operations have been halted due to the snowfall. Services, especailly in the Turkish straits, will be performed weather permitting,” GAC added.

“The Bosporus closed at 12.30 hrs [local time] due to snow and low visibility,” Platts quoted a local port agent as saying.

Platts added that there were nine tankers over 200 m in length overall pending transit through the Bosporus in a northbound direction, and none waiting to go south.

This news is a total 7056 time has been read
Tags: Turkish straits, GAC, Marmara of Sea